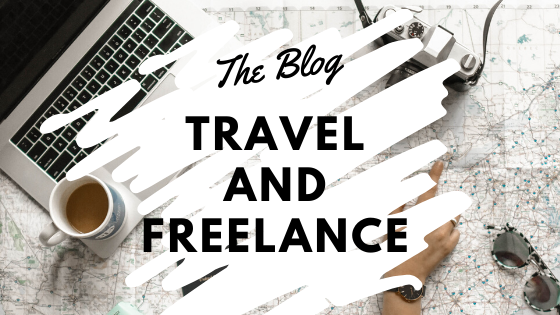 Why I’ve chosen to travel the world, and freelance on the side

After three and a half years in Recruitment, I decided that I wanted to take some time out to go and travel the world.

I had always been the type of individual to be a workaholic; burn myself out, probably drink a bit too much alcohol and not spend enough time with my family and friends.

To be honest, I secretly judged those who took time out to travel after graduating university, as I didn’t understand why they weren’t desperate to jump in to the working world like I was.

I was also jealous that they had the balls to do it. I always wanted the security of work and a salary which meant I didn’t eat supernoodles for dinner anymore.

Fast forward nearly four years, and after being in the working world I realised that I’d lost something I wouldn’t be able to get back, which was time.

Before I knew it, I was saying ‘cheers’ at my 23rd birthday by the pool with my two best friends, all the while being glued to my phone working. I loved working. I loved recruitment. I loved doing well and increasing my earnings, but I missed out on half of the holiday and didn’t take the break I probably needed.

This wasn’t anyones fault, it wasn’t the job or the environment, it was just the way I was. In the back of my head I kept saying to myself that I needed to do the traveling thing, but something would always come up which was ‘more important’, and my excuse to my friends was that I wanted to build my experience before taking time out.

Before going in to recruitment I had always been a writer, and began freelancing on the side along my studies to support myself. My dream was to travel the world and write about it; not in a melancholic way, in a I-run-my-own-business-whilst-drinking-cocktails-and-sunbathing way.

So, when I sat down and thought about freelancing, it dawned on me that if I didn’t do it at 24, then I would have a mortgage, with two cats. And a dog. Married. A real adult.

That sounds like a dramatic extreme, but if the last three and a half years were anything to go by then I know as well as anyone that time flies, and I didn’t want to look back on it and say that I never tried it. Once I have the house, the children, the husband (no rush George), my life will be even better than it is now. Will I have the time and freedom to start a business? Probably not.

So, what better way to trial it than when I’m traveling? You probably think it’s absolutely absurd, and it is a bit; but if you can make a living out of your passion whilst seeing the world, then why not?

I’ve chosen to do it for the following reasons:

Am I petrified? Absolutely. Will I share the mistakes I make every step of the way? Definitely!

One Reply to “Why I’ve chosen to travel the world, and freelance on the side”